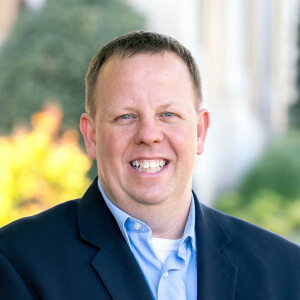 Tommy grew up in a pastor’s home and received Christ as an eight year old boy. In the summer before going off to college he began to feel God’s calling to full-time ministry and submitted to the call during his freshman year of college.

He accomplished his theological training through Southeastern Baptist Theological Seminary in Wake, Forest, NC, completing his Master of Divinity in 2002 and Doctor of Philosophy in 2009. He has previously served as a youth minister and as a senior pastor in three churches for nearly seventeen years.

Over the last eight years Tommy has served as a Professor of Pastoral Theology and Chair of the Pastoral Ministry Department at Southwestern Baptist Theological Seminary in Fort Worth, TX. His work has included helping young men clarify and confirm their calling to the ministry, and equipping them to pursue it with complete abandon for God’s glory.

Tommy and his wife Carol Ann, married on July 12, 2003. They are parents to two precious children; their daughter, Karis, and son, Caleb.  They enjoy spending time together as a family in ministry and playing and watching  sports.